What Your Sleep Position Says About Your Personality 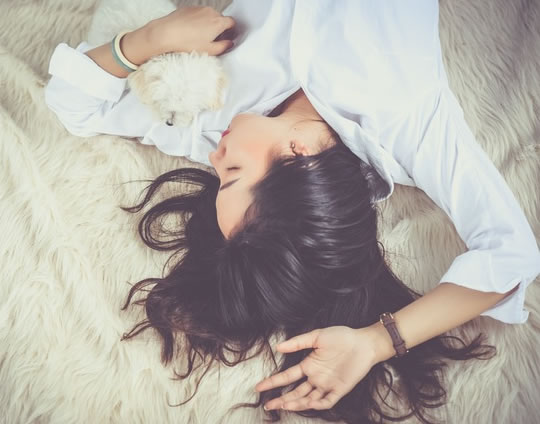 Two surveys hint at links between sleep position, personality and the strength of your relationship.

People who are more creative tend to sleep on their left-hand-side, a survey finds.

The survey also found that people who are more extraverted tend to sleep closer to their partners.

In fact, being in closer contact with your partner during sleep was related to having a better relationship.

12% of couples spend the night less than 1 inch apart.

Among these couples, 86% were happy with their relationship.

On the other hand, 2% slept more than 30 inches apart.

Among these couples the amount happy with their relationship dropped to 66%.

“One of the most important differences involved touching, with 94% of couples who spent the night in contact with one another were happy with their relationship, compared to just 68% of those that didn’t touch.”

It did not seem to make much difference in which direction couples were sleeping.

The most popular sleeping positions for couples were:

A previous survey for a budget hotel chain also examined the link between sleep position and personality.

“This is the first survey to examine couples’ sleeping positions, and the results allow people to gain an insight into someone’s personality and relationship by simply asking them about their favourite sleeping position.”

The surveys were conducted to publicise a book and a budget hotel chain, respectively. In other words: take with a pinch of salt.