The Science of Antidepressants Is Based On Totally Backward Facts 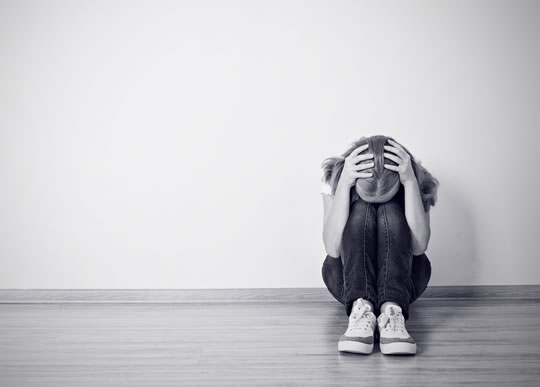 For 50 years scientists and the public alike have been completely wrong about the biological basis of depression.

The scientific basis behind commonly used antidepressants is completely backwards, according to a new review of the research.

For almost 50 years it has been believed by scientists and the public alike that depression is related to low levels of serotonin in the brain.

The most commonly prescribed antidepressant medications — like Prozac, Paxil and Zoloft — are thought to work by keeping serotonin levels higher.

So-called selective serotonin re-uptake inhibitors, or SSRIs, block the re-absorption of serotonin into the cells that release it.

In fact, the new review finds, the very best evidence available suggests people who are depressed actually have higher levels of serotonin in their brains, not lower.

This means that commonly used antidepressants are actually making the situation worse, not better.

“We’ve seen that people report feeling worse, not better, for their first two weeks on anti-depressants.

This could explain why.”

Why, then, do many doctors believe that SSRI antidepressants are useful and continued to prescribe them?

In the article, published in the journal Neuroscience & Biobehavioral Reviews, the authors suggest that the brain is actually overcoming the effect of the SSRIs, rather than being assisted by them (Andrews et al., 2015)

People who are taking SSRIs, the researchers argue, are recovering from depression in spite of the drugs, not because of them.

Scientists continue to believe the serotonin theory of depression partly because there is currently no way to directly measure levels of serotonin in the human brain — in other words it’s difficult to disprove.

Instead, scientists have relied on indirect measures.

It now turns out these indirect measures may have been misleading.

Now studies are finding that the brain may actually be producing more serotonin during depressive episodes, not less.

The higher levels of serotonin help focus people’s minds on conscious thought, to look for a way out of the problem.

At the same time serotonin may reduce the drive to grow and develop until the current problem is solved or overcome.

This could explain why depressed people typically show less interest in the outside world and become very inward looking.

Dr Andrews believes that, while painful, most types of depression are perfectly normal responses to stressful situations:

“It’s time we rethink what we are doing.

We are taking people who are suffering from the most common forms of depression, and instead of helping them, it appears we are putting an obstacle in their path to recovery.”

[Anyone considering changing their medication, though, should consult their physician.]

• These findings fit perfectly with a recent study on depression and serotonin.