How Your Shoes Reveal Your Personality 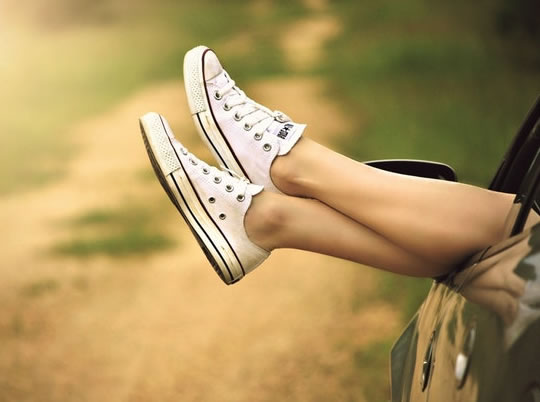 What message are your shoes sending to the world about your personality?

Shoes are often said to be a good indicator of a person’s personality — and psychological research agrees.

A study of 208 people looking only at pictures of shoes has found people could pick out some personality traits of their owners.

The shoes in the pictures were the ones the owner wore most often.

So, here is your guide to reading someone’s personality just by looking at their shoes (and what your shoes are telling other people).

To spot a more agreeable person, look for affordable and practical shoes.

People wearing shoes with pointy toes, those that are obviously branded or expensive, mean the wearer is likely to be less agreeable.

‘Anxiously attached’ is psychologist-talk for people who are needy.

Needy people want your approval and perhaps their shiny, new shoes are one way they hope to get it.

One strategy for achieving attention is to decorate oneself in an expressive way, so that others would easily detect one’s style.

Thus, it is possible that anxiously attached people tend to wear shoes that are more in line with their personal characteristics, which makes them more observable and means they will more easily stand out.”

People wearing worn out shoes and/or high tops are more likely to be extraverted.

High-topped shoes are also linked to being more conscientious.

In general, people are pretty good at reading personality from shoes, the study’s authors write:

“Observers agreed on many of the shoe owner characteristics, and they were reasonably accurate; observer ratings were correlated with the shoe owners’ self-ratings.”

However, the people in the study also made some consistent mistakes when trying to read personality from shoes.

Colourful, bright shoes did not necessarily belong to extraverted people.

Attractive shoes in good condition did not necessarily belong to conscientious people.

Shabby shoes did not necessarily belong to a liberal!

In fact, you can tell very little about someone’s politics from their shoes, apparently.

The study was published in the Journal of Research in Personality (Gillath et al., 2012).