How To Get a Narcissist to Feel Empathy 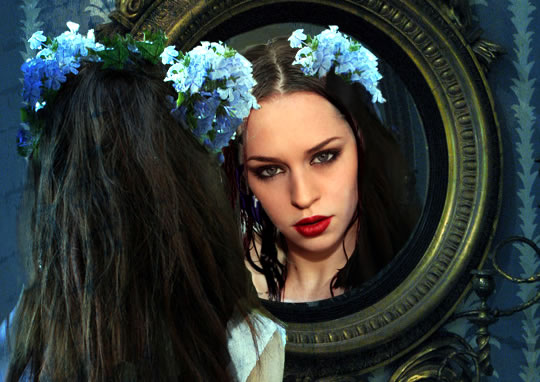 Erica Hepper, the author of a new study on the subject, explains that narcissists are:

“A bit full of themselves, self-centered, and don’t seem too concerned about the effects they have on other people.”

New research by Hepper and colleagues shows, though, that narcissists can be made to feel empathy, if given a nudge in the right direction (Hepper et al., 2014).

In the study, participants were split into two groups: ‘low narcissists’ and ‘high narcissists’.

Those high on narcissism in this study were not considered to have a clinical disorder.

Both groups were then given a passage to read which described a relationship break-up.

As expected, the narcissists showed no empathy towards the story’s protagonists, no matter how severe the story.

This is normal for narcissists, whose interest in others is limited to garnering an audience for their antics, or for exploitation.

In another study, though, the narcissists were given a nudge in the right direction.

High- and low-narcissists then watched a 10-minute video of a woman — identified as Susan — describing her experience as a victim of domestic violence.

Sometimes, beforehand, they were instructed to empathise, with the following instruction:

“Imagine how Susan feels. Try to take her perspective in the video, imagining how she is feeling about what is happening…” (Hepper et al., 2014).

When the high-narcissists were specifically told to imagine how the victim felt, their empathy suddenly kicked in.

In comparison, those low on narcissism didn’t need to be told, so instructing them to take the victim’s perspective had no additional effect.

The researchers even confirmed these results physiologically, to check the narcissists weren’t just saying what they thought was expected of them.

The physiological measures also suggested they really were empathising, after being instructed to do so.

Hepper thinks this simple technique of reminding narcissists to take another person’s point of view can be useful:

“If we encourage narcissists to consider the situation from their teammate or friend’s point of view, they are likely to respond in a much more considerate or sympathetic way.”

It’s not that narcissists can’t feel for others it’s that they need reminding:

“…the current findings […] imply that narcissists’ low empathy is automatic (instead of consciously suppressed or under-reported), and also that perspective-taking induces genuine change in the way that narcissists process a distressed person’s experience.” (Hepper et al., 2014).