7 Easy Ways To Spot A Narcissist 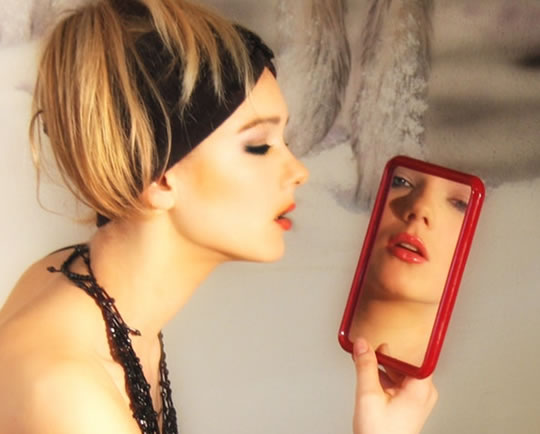 Strangely, there’s no evidence narcissists use the word “I” more often.

Other signs of narcissism include acting more extraverted, being less agreeable and expressing negative emotions loudly.

The conclusions come from a study that tracked the everyday behaviour of 80 undergraduate students.

The study’s authors explain their results:

Many people believe that a common sign of narcissism is focusing on the self when talking.

However, another study has found no evidence that narcissists use the pronoun “I” more in conversation (Carey et al., 2015).

Still, there are some conversational signs of narcissism to look out for:

Narcissism is not all bad though.

It has both positive and negative aspects, the study’s authors explain:

“…while most narcissists (especially women in this particular sample) exhibit many extraverted behaviors that are likely to make a good first impression (e.g., socializing, talking about friends), they also exhibit disagreeable behaviors, which probably helps to explain the difficulties they have maintaining favorable reputations over time.

Furthermore, narcissists are probably not aware of all of these behaviors, pointing to the importance of going beyond self-reports in understanding narcissism.”

The study was published in the Journal of Research in Personality (Holtzman et al., 2010).