5 Types Of Depression And Anxiety Revealed By Research 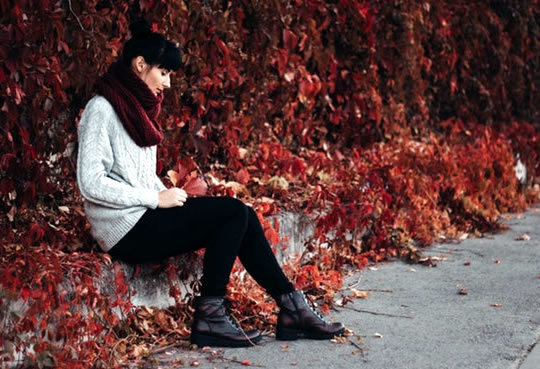 Instead of being ‘depressed’ and/or ‘anxious’, new research suggests five different types of depression and anxiety.

The five are tension, anxious arousal, general anxiety, anhedonia — the inability to feel pleasure — and melancholia.

Each type has its own particular symptoms and effects on the brain.

The researchers describe the types as follows:

This type is defined by irritability.

Cognitive functioning, such as the ability to concentrate and control thoughts, is impaired.

Physical symptoms include a racing heart, sweating, and feeling stressed.

They can’t remember from one moment to the next.”

The primary symptom is an inability to feel pleasure.

People are often able to function reasonably well while in a high state of distress.

“We see it in how the brain functions in overdrive.

People are able to power through but at some time become quite numb.

These are some of the most distressed people.”

A generalized type of anxiety with the primary features involving worry and anxious arousal—a more physical type of stress.

The five categories arrived at in this study come from over 800 people, some of whom had anxiety and depression diagnoses.

They had complete psychiatric testing, along with analysis of their outlook on life, their social relationships and their functioning in everyday life.

The patterns of brain activation and symptoms suggested five categories.

The study found that the most common type was the ‘tension’ type.

“Interestingly, we found that many people who did not meet diagnostic criteria, but were still experiencing some symptoms, fell into the tension type.”

After this, anxious arousal was the next most common type, then melancholia and general anxiety, while the least common type was anhedonia, the inability to feel pleasure.

Currently, anxiety and depression are treated in much the same way, Professor Leanne Williams, who led the study, said:

“…the treatments would be the same for anyone in these broad categories.

By refining the diagnosis, better treatment options could be prescribed, specifically for that type of anxiety or depression.”

The study was published in the journal JAMA Psychiatry (Grisanzio et al., 2017).