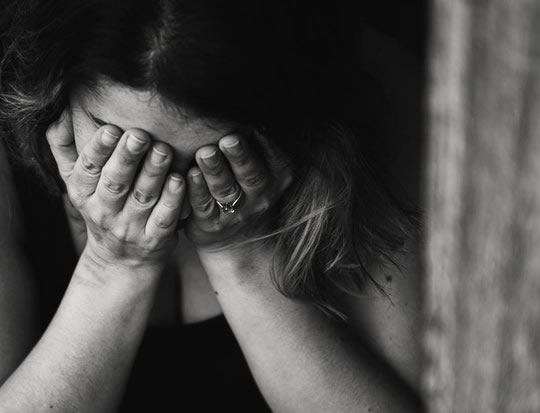 Feeling physically sick is a little-known sign of anxiety and depression, research finds.

Many people — patients and doctors included — assume the cause of nausea is a physical problem, not a mental issue.

However, people who go to the hospital with nausea are quite frequently found to be suffering from anxiety and/or depression.

This study found that 41% of people complaining of nausea actually had an anxiety disorder and 24% were clinically depressed.

“This may lead to avoidance of long-term use of potentially harmful medications for nausea, unnecessary medical investigation and probably a better quality of life for the patients.”

The conclusions come from a survey of 62,000 people in Norway.

Almost 50% had experienced gastrointestinal issues like nausea, diarrhea and constipation in the last year.

“In our study population, the prevalence of anxiety and depression was significantly higher for subjects with nausea, compared to subjects without these complaints.”

Nausea emerged as the strongest predictor of anxiety issues.

The experience of nausea tripled the chance that someone had an anxiety disorder, and was linked to 1.5 times the chance they they were depressed.

The study was published in the journal General Hospital Psychiatry (Huag et al., 2002).