What High Heels Say About Your Desire For More Status 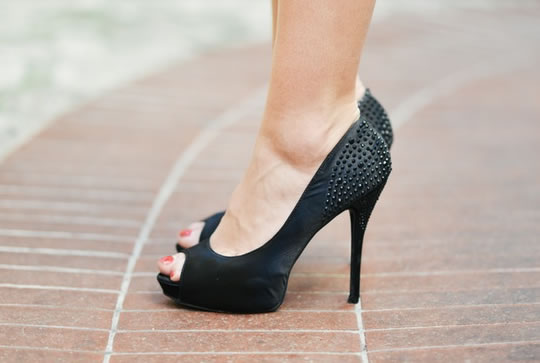 How fashion helps us fit in with others as well as sets us apart.

When women move to a new city they take note of the height of other women’s high heels.

“In other words, women want to look like the rich girls, and different from the poor girls.”

The researchers call this ‘trickle down conformity’: the idea that fashion tends to trickle trends down from above.

Cheaper retailers watch the latest fashions in Italy, but the Italians don’t pay much attention to Walmart.

The image below shows the average height of heels sold around the US. 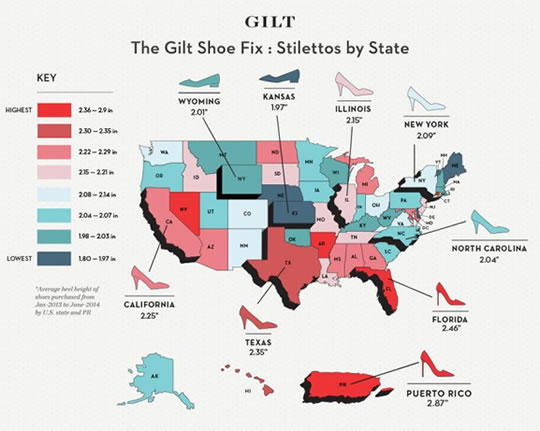 It is all down to status, says Professor Gray:

“From the beginning of time, people have thirsted for respect and social standing, and have aligned themselves with the powerful and distanced themselves from the powerless.

So it makes sense that they do the same with heel sizes.”

While the research only involved women, a similar phenomenon is likely to be seen in men, although probably not in the purchase of high heels.

“Men do the same thing when they purchase clothes, electronics or cars.

Fashion, explained Professor Gray, is about fitting in and also about distinguishing yourself from others:

“We often think of fashion as something frivolous, but it’s an industry worth $1.7 trillion annually, and clothing often helps define ourselves.”