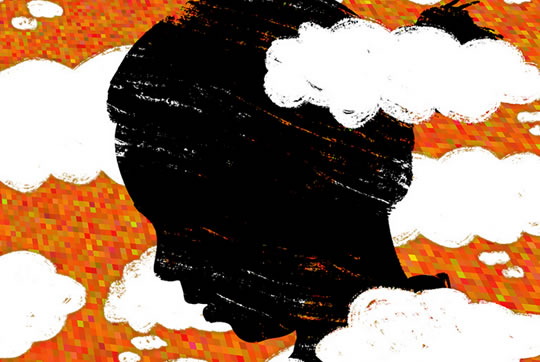 New theory may explain the complex set of symptoms seen in autism.

People with autism often display a complex and confusing range of symptoms, including hypersensitivity to sound, problems interacting with others and repetitive behaviours.

Scientist have long wondered what all these — and other, seemingly unrelated symptoms — have in common.

Now MIT researchers are testing a brand new theory: that autistic children have difficulties predicting what is going to happen next, and it’s this problem that is at the root of autism (Sinha et al., 2014).

Without the ability to predict simple events, to an autistic child, life seems to happen randomly and almost magically, with no rhyme or reason.

“If we were unable to habituate to stimuli, then the world would become overwhelming very quickly.

It’s like you can’t escape this cacophony that’s falling on your ears or that you’re observing.”

From this point of view, the repetitive behaviours, the preference for highly structured and predictable environments may be coping strategies.

“The need for sameness is one of the most uniform characteristics of autism.

It’s a short step away from that description to think that the need for sameness is another way of saying that the child with autism needs a very predictable setting.

At the moment, the treatments that have been developed are driven by the end symptoms.

We’re suggesting that the deeper problem is a predictive impairment problem, so we should directly address that ability.”

Children with autism often have problems understanding other people’s thoughts, motivations and feelings.

This could be a result of failing to use past events to predict future behaviour.

While other theories of autism tend to explain individual symptoms, this theory has a broader ambition: to bring the symptoms together.

To try and show their theory is correct, they are already conducting experiments to test it out.

One study has already suggested that autistic children fail to become habituated to sensory stimuli, which is what the theory suggests.

Set against the deficits, the theory also predicts that autistic children will have advantages when rules rather than predictions are important.

Indeed, activities that draw on just those skills — like math, music and drawing — are often found in autistic children in abundance.

Dr. Leonard Rappaport, chief of the division of developmental medicine at Boston Children’s Hospital, thinks the new theory is:

“…a uniting concept that could lead us to new approaches to understanding the etiology and perhaps lead to completely new treatment paradigms for this complex disorder.

This is not the first theory to explain the complex of symptoms we see every day in our clinical programs, but it seems to explain more of what we see than other theories that explain individual symptoms.”