This Way Of Walking Makes You Look Twice As Attractive 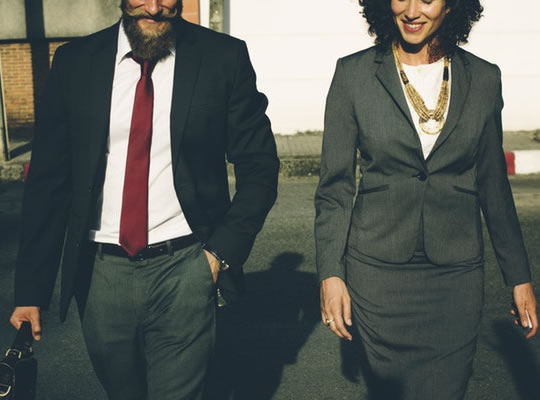 The magical formula for beauty could be in your walk.

Attractiveness is about more than just body shape and facial features — it is also about the way people move.

Women who sway their hips while walking increase their perceived attractiveness by 50%, research finds.

Men who walk with swagger in their shoulders more than doubled the perception of their attractiveness.

Swagger involves dipping the shoulders slightly with each step to create a rolling motion.

“People have always tried to identify the magical formula for beauty, and we knew body shape was important, but we found movement was also key.

When encountering another human, the first judgment an individual makes concerns the other individual’s gender.

The body’s shape, specifically the waist-to-hip ratio, has been related to gender identification and to perceived attractiveness, but part of the way we make such judgments is by determining whether the observed individual is behaving in ways consistent with our culture’s definitions of beauty and of masculinity/femininity.

And part of those cultural definitions involves movement.”

The findings come from a series of five studies in which over 700 people took part.

“The current findings bolster our understanding of how and why the body is perceived attractive.

Body cues bring about the basic social perception of sex and gender, and the compatibility of those basic precepts affects perceived attractiveness.”

“We appear to effortlessly judge the aesthetics of both landscapes and buildings – it is certainly possible that the same evolved cognitive mechanisms are operative whether we judge a person to be attractive or a landscape to be beautiful.”

The study was published in the journal Proceedings of the National Academy of Sciences (Johnson & Tassinary, 2007).