This Cure For Social Anxiety Works For 85% of People 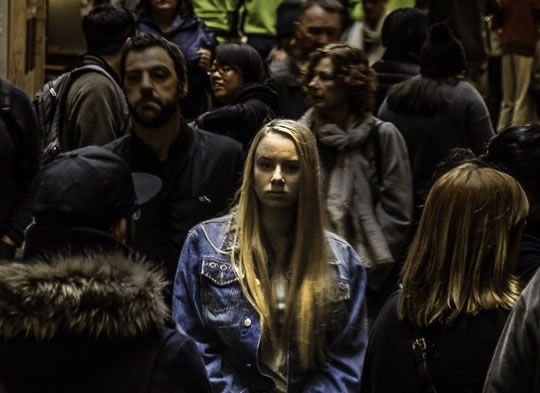 Cognitive therapy on its own is the best treatment for social anxiety disorder, new research finds.

Cognitive therapy resulted in either a cure or significant improvement in 85% of patients.

This is one of the best studies on social anxiety disorders ever.

It’s taken ten years to carry out and has been challenging both academically and in terms of logistics, but the result is really encouraging.”

Being anxious in some social situations is normal, but those with social anxiety disorders find it hard to live a normal life.

They may experience dizziness, flushing and other acute anxiety symptoms in social situations.

It is common for medications to be prescribed for social anxiety.

“Patients often rely more on the medication and don’t place as much importance on therapy.

They think it’s the drugs that will make them healthier, and they become dependent on something external rather than learning to regulate themselves.

So the medication camouflages a very important patient discovery: that by learning effective techniques, they have the ability to handle their anxiety themselves.”

Cognitive therapy works by encouraging people to accept their feelings.

At the same time people try to focus on what they want to say and do in challenging social situations.

“We’re using what’s called metacognitive therapy, meaning that we work with patients’ thoughts and their reactions and beliefs about those thoughts.

We address their rumination and worry about how they function in social situations.

Learning to regulate their attention processes and training with mental tasks are new therapeutic elements with enormous potential for this group of patients.”

The study followed over 100 people for a year.

“This is the most effective treatment ever for this patient group.

Treatment of mental illness often isn’t as effective as treating a bone fracture, but here we’ve shown that treatment of psychiatric disorders can be equally effective.”

The study was published in the journal Psychotherapy and Psychosomatics (Nordahl et al., 2016).