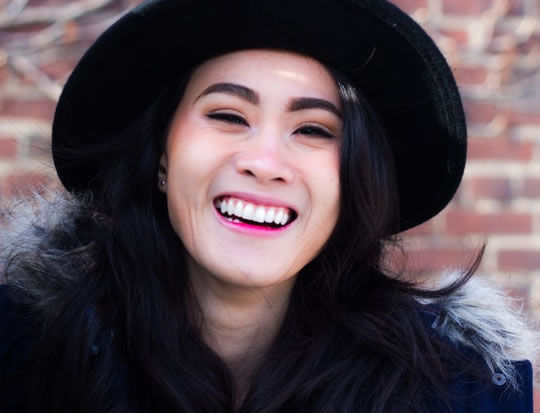 People who appreciate dark humour are likely to be more intelligent, research finds.

Those who prefer twisted comedy also score higher on tests of emotional stability.

To get twisted humour, it seems you need to be laidback and clever.

The study’s authors write that dark humour is…

“…a kind of humour that treats sinister subjects like death, disease, deformity, handicap or warfare with bitter amusement and presents such tragic, distressing or morbid topics in humorous terms.

Characters or situations are usually exaggerated far beyond the limits of normal satire or irony, potentially requiring increased cognitive efforts to get the joke.”

The study asked people to rate a series of cartoons taken from The Black Book by German humorist Uli Stein.

One cartoon shows a confused man holding a telephone with the voice on the other end of the line saying:

“Here is the answering machine of the self-help association for Alzheimer patients.

If you still remember your topic, please speak after the tone.”

The results showed that people who appreciated this type of sick humour tended to be more intelligent and better educated.

As the authors write:

“Black humour preference and comprehension are positively associated with higher verbal and nonverbal intelligence as well as higher levels of education.”

Oddly, perhaps, the people who least appreciated the black humour were those who felt most aggressive towards others.

Less surprisingly, people in a bad mood found it difficult to appreciate the humour in these cartoons.

The reason intelligence may be linked to appreciating dark humour is that it can take a little work:

“These results support the hypothesis that humour processing involves cognitive as well as affective components and suggest that these variables influence the execution of frame-shifting and conceptual blending in the course of humour processing.”

In other words: dark humour is hard to get.

The study was published in the journal Cognitive Processing (Willinger et al., 2017).