The Sports Most Often Used To Cover For An Affair 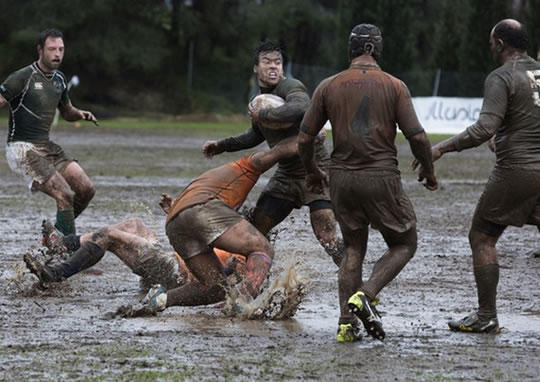 One in five admitted using their sport as cover for an affair.

Football, rugby and golf are the sports most likely to be used as cover for an affair by men, according to a new survey.

Men playing team sports, in general were more likely to use practice as cover for an affair.

The results come from a British survey conducted by a golf equipment retailer.

Top of the lists of sports that men admitted to using as an excuse to be away was rugby.

Here is the full list along with the percentage of men admitting to using their sport as a cover for an affair:

A recent study that was published in an academic journal had these down as the top professions for cheaters:

That leads us to the conclusion that bankers who play rugby at the weekend are probably the least trustworthy partners.

They are followed by football playing pilots and those well-known cads: golfing doctors.

How can we explain all this double-dealing?

“Cheating causes people to forget their past indiscretions and makes them more likely to cheat in the future, a new study finds.

Psychologists have found that people’s memories are actually less vivid for unethical decisions they have made in the past.

They call the phenomenon ‘unethical amnesia’.

In contrast, people have no problem in remembering the unethical decisions that others have made.

A slightly more scientific explanation could be the levels of testosterone in those playing aggressive full-contact sports like rugby.

Either that or it really is amnesia from all those concussions…