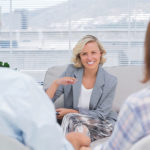 Marriages succeed when couples embrace open and honest communication. During the courting phase of the relationship the individual only tells the other person things that are impressive or socially acceptable. The primary concern is appearing desirable and gaining acceptance. In the beginning of the relationship, very little authenticity or vulnerability is shared between the couple. Problems and concerns are suppressed as our libido unconsciously becomes the primary driver. Commonly, marriages that fail do mature past this façade. Aronson (2011) states that “as a relationship moves toward greater intimacy, what becomes increasingly important is authenticity—our ability to give up trying to make a good impression and begin to reveal things about ourselves that are honest, even if unsavory” (p. 395). Being vulnerable and authentic is essential for a rewarding marriage. We must openly discuss our needs, wants, likes, dislikes, problems, desires, mistakes, thoughts, and emotions. Even the riskiest impulses such as finding someone else attractive or thoughts of cheating must be brought to the forefront. Hiding our thoughts and emotions from one another does not make them go away. In return, our partners need to be open and accepting of the things that are shared with them. Brene Brown (2010) says that “authenticity is a collection of choices that we have to make every day. It’s about the choice to show up and be real. The choice to be honest. The choice to let our true selves be seen” (p. 41). In order to be authentic, we must be in touch with our thoughts and how we feel. “If we are not in touch with our own feelings and cannot articulate them clearly to ourselves, we cannot communicate them to another person” (Aronson, 2011, p. 400). If couples are to express their real thoughts and feelings with each other, all judgments must be set aside. Aronson emphasizes that “it’s easier for all of us to hear feedback that is expressed in terms of feelings— ‘I’m upset’—than feedback expressed as a judgment or accusation— ‘You are a thoughtless jerk!’” (p. 402). As hard is it may be, we cannot take things personally when our partner is expressing their thoughts and emotions. Usually, if a partner is expressing difficult emotions, they are doing so because they want relief. It is up to the receiving partner to react accordingly and effectively. If there is disagreement on how a problem can be solved, it is best to seek compromise. An emotional expression that is thoughtful and non-judgmental is important for open communication.