How To Deal With Negative Thoughts And Anxiety 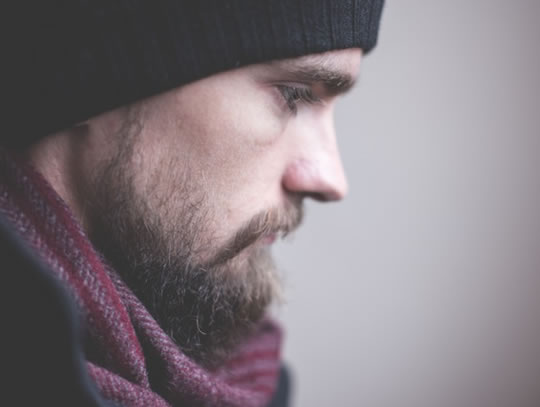 People in the study were asked to journal about their most stressful experiences.

Accepting negative emotions is the best way to deal with them in the long-run, new research finds.

People who are more accepting of their darker moods have better psychological health.

Dr Iris Mauss, one author of the study, said:

Psychologists are still not sure exactly why acceptance is so powerful, said Dr Mauss:

“Maybe if you have an accepting attitude toward negative emotions, you’re not giving them as much attention.

And perhaps, if you’re constantly judging your emotions, the negativity can pile up.”

The results come from research on over 1,300 people.

Those who most strongly resisted negative emotions, or judged them excessively, were more stressed.

Over six months, the people who did best were those who let their dark moods run their course, with little judgement or criticism.

They had fewer symptoms of mood disorders like depression.

“It turns out that how we approach our own negative emotional reactions is really important for our overall well-being.

People who accept these emotions without judging or trying to change them are able to cope with their stress more successfully.”

The researchers ruled out being richer as a factor, Dr Mauss said:

“It’s easier to have an accepting attitude if you lead a pampered life, which is why we ruled out socio-economic status and major life stressors that could bias the results.”

People were asked to journal about their most stressful experiences, in one of three studies the researchers conducted.

In general, those who did not feel bad about feeling bad had the highest levels of well-being and psychological health.

Next, the researchers want to look at where the habitual acceptance of negative emotions comes from.

The study was published in the Journal of Personality and Social Psychology (Ford et al., 2017).