7 Weird Signs You Are A Really Creative Person 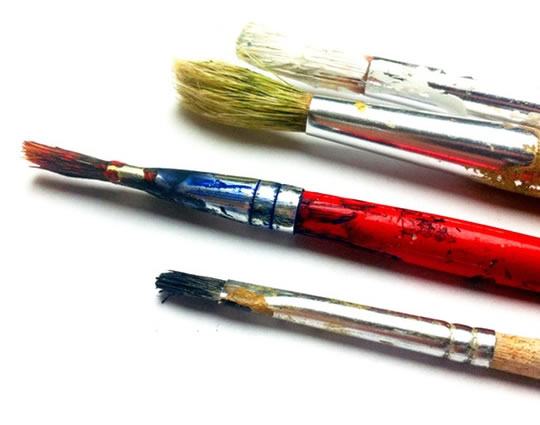 Being sarcastic, ignoring deadlines and these five other unusual things are all linked to higher creativity.

Researchers have discovered that sarcasm can actually cause creativity, rather than just being its byproduct.

Sarcasm may not even be detrimental to relationships, if used between people who know each other.

Despite being considered one of the lowest forms of wit, sarcasm actually requires considerable mental powers to produce.

People tend to think of daydreaming and letting the mind wander as a waste of time.

How wrong they are.

New research suggests daydreaming could be key to success and higher creativity.

“Over the last 15 or 20 years, scientists have shown that — unlike the localized neural activity associated with specific tasks — mind wandering involves the activation of a gigantic default network involving many parts of the brain.

This cross-brain involvement may be involved in behavioral outcomes such as creativity and mood, and may also contribute to the ability to stay successfully on-task while the mind goes off on its merry mental way.”

3. You talk to people you disagree with

Innovations emerge, the paper argues, by small improvements, the mixing of ideas, situations and pure luck.

The best thing you can do to be more creative, one of the paper’s authors argues, is to talk to people who disagree with you.

Societal innovation is affected by three factors, the researchers found:

These Aha! moments or instances of pure insight are more often correct than analytical thinking, the study found.

Professor John Kounios, one of the study’s authors, said:

“Conscious, analytic thinking can sometimes be rushed or sloppy, leading to mistakes while solving a problem.

However, insight is unconscious and automatic — it can’t be rushed.

When the process runs to completion in its own time and all the dots are connected unconsciously, the solution pops into awareness as an Aha! moment.

This means that when a really creative, breakthrough idea is needed, it’s often best to wait for the insight rather than settling for an idea that resulted from analytical thinking.”

It’s because the area of the brain which is linked to creativity also has the tendency to over-think things and worry.

“…we hope that our new theory will help people make sense of their own experiences, and show that although being highly neurotic is by definition unpleasant, it also has creative benefits.”

6. You let the unconscious do its work

The more you consciously think, the less creative you are, a new study finds.

The researchers had people playing ‘Pictionary’, a game where you have to try and draw a word.

At the same time their brains were scanned to see which areas were most active, and when.

Professor Allan Reiss, one of the study’s authors, said:

“As our study also shows, sometimes a deliberate attempt to be creative may not be the best way to optimize your creativity.

7. You are easily distracted

The study found that creative people find it particularly difficult to cut out noises like car horns, taps dripping or people talking outside.

Creative people have more ‘leaky’ sensory filters, which allows them to integrate ideas which they are not necessarily focusing on.

It may explain why many creative geniuses, like Marcel Proust and Anton Chekhov, were so easily distracted.

Famously, Proust lined the bedroom where he wrote with cork and used ear-stoppers to help him concentrate.