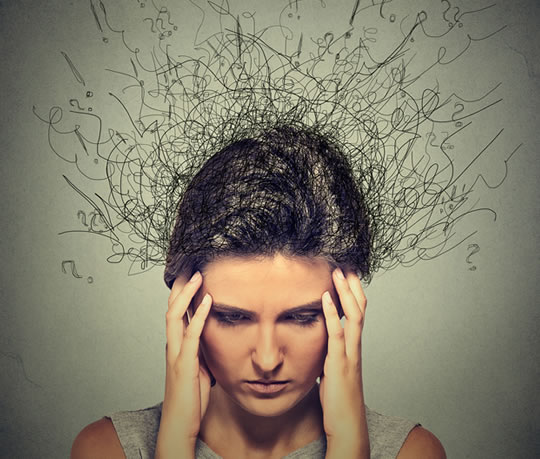 Why anxious people are agreeable, the supplement that reduces anxiety, dangers of anxiety drugs, the benefits of optimistic thinking and more…

Ten new psychology studies reveal why some people are anxious, how to reduce anxiety and much more.

1. Why anxious people are too agreeable

Disagreeing with others activates areas of the brain linked to anxiety in some people, new research finds.

This helps to explain why some choose to agree all the time — it spares them psychological discomfort.

Dr Juan Dominguez, one of the study’s authors, explained:

“People like to agree with others, a social default known as the truth bias, which is helpful in forming and maintaining social relationships.

People don’t like to say that others are not telling to truth or lying because this creates an uncomfortable situation.”

A high quality study has shown that the supplement reduces anxiety by an average of 20%.

Professor Martha Belury, one of the study’s authors, explained:

“The supplement was probably about four or five times the amount of fish oil you’d get from a daily serving of salmon, for example.”

Optimistic thinking could change areas of the brain related to anxiety, a new study finds.

The orbitofrontal cortex (OFC) is an area of the brain important in anxiety and optimism.

Now researchers have found that people who are more optimistic have larger OFCs.

“If you can train people’s responses, the theory is that over longer periods, their ability to control their responses on a moment-by-moment basis will eventually be embedded in their brain structure.”

Neuroticism has been found for the first time to predict the development of anxiety and depression in young people.

Neuroticism is characterised by negative thinking in a range of areas.

It includes high levels of moodiness and worrying.

A lack of REM sleep may raise the risk of chronic depression and anxiety, a new study finds.

REM or Rapid Eye Movement sleep is when we dream.

REM sleep occurs throughout the night as we cycle up and down into deep sleep.

Typically a person might have six periods of REM sleep in a night separated by an hour or less.

During REM sleep it may be that critical emotional memories are processed and resolved.

The study found that when people’s REM sleep was disturbed, they had more trouble getting over emotional distress.

Mr Kristoffer NT Månsson, one of the study’s authors, said:

“The greater the improvement we saw in the patients, the smaller the size of their amygdalae.

The amygdala is an area of the brain vital to the processing of the emotions.

7. The neurocircuitry of anxiety

Stress and anxiety have been linked to the same neurocircuitry in the brain as depression and dementia.

The new study suggests people need to find ways to reduce chronic stress or they could be putting themselves at increased risk of mental health problems.

Neuroscientists have found there is an extensive overlap between neurocircuitry for anxiety, depression and dementia.

The task involves identifying whether arrows on the screen are pointing left or right.

At the same time people were asked to ignore other arrows on the screen placed there to distract them.

Brain scans showed that people who practised a difficult version of this task later coped better with negative emotions.

A new study finds that a family therapy intervention can help break the cycle of anxiety from parent to child.

The study included 136 families where at least one parent struggled with anxiety.

After just one year, 31% of children of parents with anxiety who did not go to therapy or get instructions had developed anxiety.

However, in the group that received therapy the number of children that developed anxiety in one year was just 9%.

Families in the therapy group were taught to identify the signs of anxiety and how to deal with them.

One is called ‘the reality check’.

It’s all about deciding which anxieties are worth paying attention to, explained Dr Ginsburg:

“We taught the kids how to identify scary thoughts, and how to change them.

For example, if a child is afraid of cats and encounters one in the street, the child can first identify the scary thought: “That cat is going to hurt me.”

Then the child can test that thought — is it likely that the cat will hurt me?

No, the cat doesn’t look angry.

It isn’t baring its teeth or hissing, it’s just sitting there.

OK, I can walk past that cat and it won’t do anything.”

Benzodiazepines carry an increased risk of dementia and even death.

Research has now repeatedly linked these drugs to dementia and Alzheimer’s.

A recent study found that taking benzodiazepines for three to six months increased the Alzheimer’s risk by 32%.

Taking the drug for more than six months increased the risk by 84%.