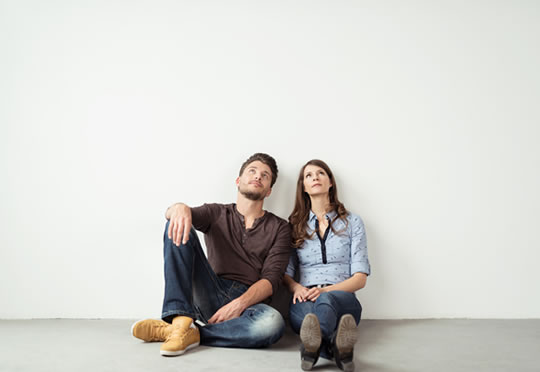 People in the study were encouraged to think about conflicts in their relationships in a new way.

“How will I feel in one year about this current conflict in my relationship?”

Asking a question with a future-orientation helps people feel more positive about their relationship, a study finds.

People feel more forgiving and interpret their relationship in a more positive light when they think about it from a future perspective.

“When romantic partners argue over things like finances, jealousy, or other interpersonal issues, they tend to employ their current feelings as fuel for a heated argument.

By envisioning their relationship in the future, people can shift the focus away from their current feelings and mitigate conflicts.”

For the study, people thought about a recent relationship conflict.

Half were then asked to imagine how they would feel about this conflict in the future.

The other half described how they thought about the conflict in the present.

The researchers found that when people imagined themselves in the future their thoughts worked in a different way.

They tended to focus more on their feelings and their reasoning strategies.

As a result, their saw their relationship more positively.

They blamed their partner less, they were more forgiving and they showed greater insight into why the conflict had happened.

Naturally, this made them feel better about the relationship.

“Our study demonstrates that adopting a future-oriented perspective in the context of a relationship conflict — reflecting on how one might feel a year from now — may be a valuable coping tool for one’s psychological happiness and relationship well-being.”

The study was published in the journal Social Psychological and Personality Science (Huynh et al., 2016).