People Prone To This Emotion Are Better At Reading Facial Expressions 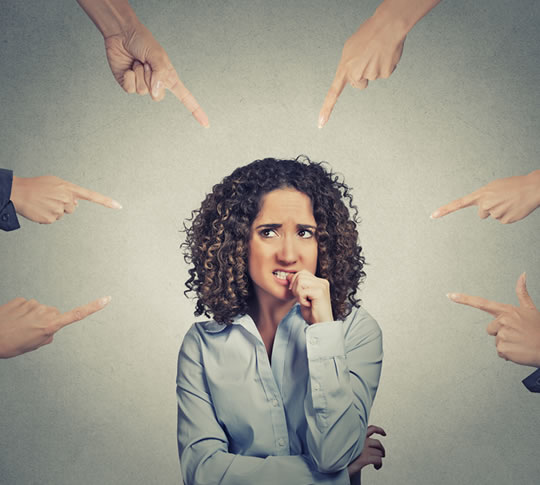 Some good can come of this emotion — not so much its close cousin, shame.

People who are more prone to feeling guilt are better at reading other people’s emotions, a new study finds.

The guilt-prone were able to read all types of facial emotions better, tests revealed.

They were particularly good on relatively low-intensity emotions.

Subtle facial expressions are (obviously) the most difficult to detect.

This is not the first time guilt has been linked to empathy, as the study’s authors explain:

“[there is] a large body of prior research linking guilt-proneness with an enhanced capacity for empathy as assessed by self-report and as well as theory suggesting that guilt and empathic perspective taking operate synergistically following interpersonal transgressions.” (Treeby et al., 2015).

Being better at reading facial emotions is just one of the benefits of being prone to guilt.

“Guilt-proneness has been consistently found to be positively associated with a host of adaptive functioning and self-regulatory outcome variables.

For instance, guilt-proneness tends to be positively related to indices of psychological adjustment, is positively associated with effectively managing anger in constructive ways, appears to help inhibit hazardous and antisocial behaviours, and buffers individuals against the development of problematic substance use.”

..and if that weren’t enough, guilt-proneness has also been linked to:

“…having a greater proclivity for engaging in relationship-maintenance behaviours and having more highly developed interpersonal problem-solving skills.”

The same, unfortunately, cannot be said for the related emotion of shame.

People prone to shame tend to have lower empathy than average and don’t experience the benefits of those prone to guilt.

The difference between guilt and shame is how focused you are on yourself.

Shame is very self-focused whereas guilt involves thinking about the act itself and ways to make up for it.

Guilt may have more positive consequences, then, than shame.

To recap, these are:

The study was published in the journal Cognition and Emotion (Treeby et al., 2015).