Here’s Why Sleep Deprivation Makes You Feel Zoned Out 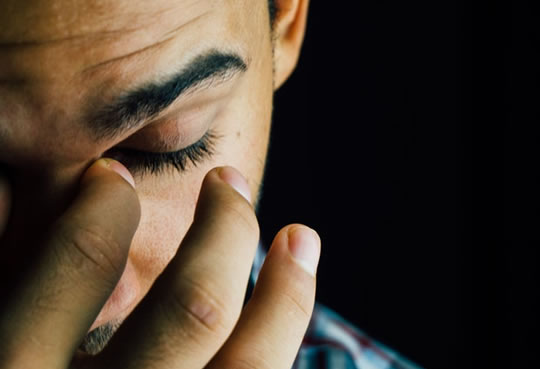 Why sleep deprivation feels like being drunk without drinking anything.

These disruptions can lead to temporary lapses in memory and even hallucinations.

This helps to explain why sleep deprivation leaves people feeling so spaced out.

“We discovered that starving the body of sleep also robs neurons of the ability to function properly.

This paves the way for cognitive lapses in how we perceive and react to the world around us.”

The study was carried out on patients who had electrodes implanted in their brains prior to surgery for epilepsy.

The results showed that as they became more sleepy, the communication between their brain cells slowed down.

This caused a decrease in their reactions to cognitive tests.

“We were fascinated to observe how sleep deprivation dampened brain cell activity.

Unlike the usual rapid reaction, the neurons responded slowly, fired more weakly and their transmissions dragged on longer than usual.”

Not only did cellular communication slow down, so did overall brain wave activity.

This phenomenon suggests that select regions of the patients’ brains were dozing, causing mental lapses, while the rest of the brain was awake and running as usual.”

Sleep deprivation has been linked to depression, obesity, heart attacks strokes and diabetes.

“Inadequate sleep exerts a similar influence on our brain as drinking too much.

Yet no legal or medical standards exist for identifying over-tired drivers on the road the same way we target drunk drivers.”

The study was published in the journal Nature Medicine (Nir et al., 2017).