The Herbal Antidepressant With Serious Side-Effects 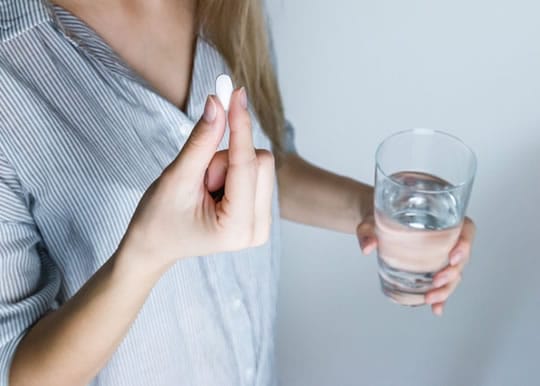 Despite being perceived as safe by the general public, herbal medicines actually carry considerable risks.

These include dangerous changes in body temperature and blood pressure.

The research compared the side-effects of St John’s Wort with those of fluoxetine — an antidepressant also known as Prozac, Animex-On, Sarafem, Adofen and Deprex.

The side-effects of St John’s Wort were just as serious as for the antidepressant.

St John’s Wort can also interact with other drugs, such as blood thinners, the contraceptive pill and other antidepressants.

“There is a common belief that because something is natural and can be purchased from a health food shop without a prescription, it’s safe.

However, people need to start thinking of St John’s Wort, and other herbal medicines, as a drug and seek advice from a qualified healthcare practitioner to be sure they use it safely.

It’s concerning to see such severe adverse reactions in our population, when people believe they are doing something proactive for their health with little risk.

While there were fewer confirmed cases of side effects for St John’s Wort, we know that less people use St John’s Wort and adverse reactions for herbal medicines largely go unreported because they are not considered drugs.

Furthermore, we found that the reported reactions for St John’s Wort were very similar to fluoxetine, which included anxiety, panic attacks, dizziness, vomiting, amnesia and aggression.”

St John’s Wort is available in many countries without a prescription.

“It’s important that doctors and pharmacists know about all the drugs their patients take, not just prescription drugs, because herbal medicines like St John’s Wort can have serious reactions with some pharmacy medicines, like antidepressants, the contraceptive pill and some blood thinners.

Based on this research, I’d also like to see bottles of St John’s Wort containing improved warnings of the potential adverse reactions.”

The study was published in the journal Clinical and Experimental Pharmacology and Physiology (Hoban et al., 2015).