Why So Many College Students Have Risky Sex on Spring Break 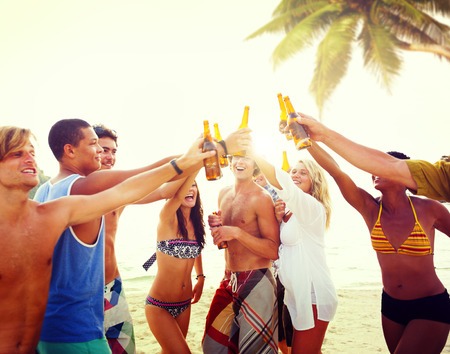 My university, like many schools around the country, is on spring break this week. A lot of students are using this opportunity to not just take a breather from their studies, but also to travel. As I’m sure you’re well aware, spring break trips have a reputation for getting a little wild and crazy—I mean, just look at how they’re depicted in Hollywood films.

But why is that exactly? What accounts for why so many college students partake in risky behaviors—especially risky sexual behaviors—at this time of year? Let’s take a look at a recent study published in the journal Prevention Science that attempted to address this question.

In this study, 1,540 U.S. college undergraduates completed an online survey after returning from spring break. On average, students were 20 years old, and the vast majority were white and heterosexual.

Students were asked whether they traveled during the break, who they went with, how much alcohol they consumed, and what they did sexually while they were gone (including how often they had sex, whether they had any casual partners, and whether they used condoms). Students were also asked to estimate the frequency with which their same-sex peers engaged in similar sexual behaviors over spring break.

It turned out that just over half of students (52.8%) went on trips. About a third of those trips were taken with friends compared to 11% who went with a romantic partner only and about 5% who went with both friends and a partner.

Overall, 32% of the students reported having sex over spring break and 15.5% said they did it with at least one casual partner. Of those who had sex, just over half (52.5%) during not use condoms during any of their spring break sex. In addition, about half (46.7%) of the students who had sex said that they consumed alcohol beforehand and, of among those who drank, they had about 4 drinks on average.

So who was most likely to have risky sex? People’s trip companions were an important predictor. Those who traveled with friends had more casual sex and used condoms less often than those who went with others. We don’t know for sure why, but it might be because students who travel with friends simply have plans to “get wild” or engage in riskier behaviors during break–or perhaps friends are simply “showing off” for one another by engaging in risky behaviors.

In addition to who they traveled with, students’ perceived norms regarding both drinking and sexual behavior were also important. Generally speaking, students perceived that their same-sex peers were engaging in more risky behaviors than they were.

This study is limited from the standpoint that it didn’t account for a number of other factors that might play a role in risky behavior on spring break. For instance, it’s likely that the destination might matter, too, such that those traveling to beaches or areas with more active bar or party scenes probably have greater odds of engaging in risky behavior than, say, those who go camping.

As always, more research would be useful; however, what these results tell us is that risky sex during spring break appears to be a combined function of both who you travel with and the behaviors you perceive as normative or common among persons in your age group.